Poof! The mind goes blank… Before an important submission, during a meeting or just while trying to be creative with work, often times our minds go blank – unable to unleash the true potential that lies within us only coz we’re facing some kind of … END_OF_DOCUMENT_TOKEN_TO_BE_REPLACED

Guest Post by Rabya Jamshed from Marham   “Believing you can do it means you can. Having qualm, however, makes failure brew larger” Being obese can have a serious impact on health and can influence your morale greatly.  If you are one of them and … END_OF_DOCUMENT_TOKEN_TO_BE_REPLACED

I’m calling it maintaining and not losing because this article is about adopting healthy lifestyle more so and mainly for those who live a relatively sedentary life and are not active gym goers. Springing out of the bed in week 1 to go to your … END_OF_DOCUMENT_TOKEN_TO_BE_REPLACED

Billu rushed to the washroom. It was almost out of control for him after trying to hold back for an hour so as not to disturb the crucial innings he was playing. He ran to the loo as soon as the 5 min break was … END_OF_DOCUMENT_TOKEN_TO_BE_REPLACED

Depression doesn’t always hit the sad or gloomy ones wo happen to have a recent mishap in their life or have undergone some serious shit in their past either from society or from parental misdemeanor etc. It could reside within the happiest of the souls who laugh out loud and apparently live the most amazing lifestyle one could crave for; or those who are the life of a party, whose smile brightens up a room without much effort… or even those who appear calm and composed and probably don’t even know if they are undergoing such a thing as depression, which they thought would never hit them because they aren’t sad all. To them, it’s all okay to feel a bit hypertensive, a little too pumped up than usual trying to do too many things altogether because their life patterns involve such twists and chaos
But no, depression is like the many faced gods! Comes in different shapes and sizes and displays. It could be the you lacking focus, feeling fidgety with your fingers or phone, you not being able to finish off your tasks because you lose track, taking help from audio books and music to put you you to sleep, biting on your nails more than often, pacing up and down not knowing why, feeling constantly hungry or not knowing why you’re doing something like avoiding someone in specific, not having a direction, not feeling the drive to move forward or feel excitement for the things you would go bonkers over, feeling that tremble in your knees each time you stood up after a long broken sleep, all these are sort of, in a way, suggestive of a welcoming depressive stage that may not loom upon you the way it usually does on any other depression suffering individual but rather in a very unique way, because you yourself wouldn’t know it is anxiety and depression that’s overtaking you slowly. Eventually, you could be blaming yourself for losing out on opportunities because you didn’t have the strength to respond to them on time or not being able to fulfill commitments
but it’s okay, don’t take this too ahead …
The only way to combat such a phase is to communicate as often often as possible with one of your favourite “listeners” at least, talk about your condition out loud, accept it and filter out stuff that’s important to complete first, work slowly but gradually covering one point at a time – don’t overburden yourself with too many tasks that it irritates you. Go out often to divert your mind, watch some thing nice with your family and most importantly meditate – know that these are phases that can be dealt with some patience and understanding of the issue. Don’t beat yourself about the incompetencies you have been displaying; you are human, allow yourself to make some mistakes,you cant always be perfect. And it’s alright if you want to shut off your mobile for a while to cut off from the world while you gather your peace. If you really want to avoid some specific people, do it, they’re probably the reason of the toxin boiling up inside so either you build the courage to spit it all out or if that’s a tried and tested-but-failed technique then resort to complete avoidance. All in all, don’t let this seclusion phase get to you too much because yes, these certainly unusual behaviours and carry potential depression with them. Which is why talking helps, because sometimes in talking out how you feel and accepting it makes it a lot easier at the end.

A few days ago, I received an email regarding the ongoing heat wave and tips to protect yourself and others from it in case of a stroke. Here is what I received:

If you suspect someone has heat exhaustion, follow the advice outlined below.

Get them to rest in a cool place – ideally a room with air conditioning or, if this is not possible, somewhere in the shade.increase ventilation by opening windows or using a fanGet them to drink fluids – this should be water or a rehydration drink, such as a sports drink; they should stop taking fluid on board once their symptoms have significantly decreased (usually within 2-3 hours).gently massage their skin to encourage circulationgive them water to drink (if they are conscious), but do not give them medication, such as aspirin or paracetamolUse cool water (not cold) on their skin – if available, use a cool shower or bath to cool them down, otherwise apply a cool, wet flannel or facecloth to their skin.Loosen clothing and ensure the person gets plenty of ventilation.if they are unconscious and vomiting, move them into the recovery position by turning them on their side and ensuring their airways are clear 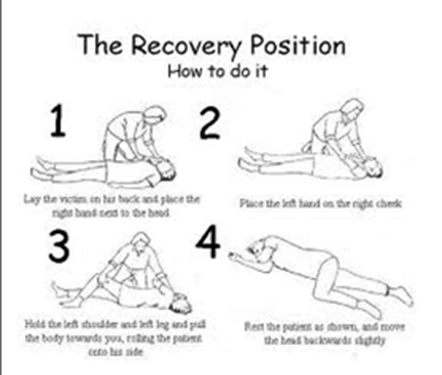 Besides this, I feel we could take some personal preventive measures to avoid such a stroke before it happens, it’s advisable to

*stay indoors as much as possible

*cover your head when stepping outside

*keep yourself hydrated at all times (also keep ors)

*wearing light airy clothes and not tight ones

Most of us, when we fall mildly or severely sick, tend to first resort to home remedies, learnings from precedents or call up a family doctor and ask for a quick cure over the phone because falling ill regularly is considered common in this part … END_OF_DOCUMENT_TOKEN_TO_BE_REPLACED

If the start is great, the journey ahead becomes easy and fun. I will relate this idea to the concept of early healthy nutrition in our children, which is often neglected and not taken care of in the way it should be, due to multiple … END_OF_DOCUMENT_TOKEN_TO_BE_REPLACED

Ok so food is amazing, it is just the best thing that can happen to a person! It takes the position of awesomeness next to love.. Whether or not you follow this super cool regime of diet and detox juices (I always end up calling … END_OF_DOCUMENT_TOKEN_TO_BE_REPLACED

Organizations in Pakistan lately have started shifting their attention towards various social corporate responsibility functions and have started taking rigorous part in the eradication of irrelevant and unnecessary hindrances and promoting the factors that spread positivity and success among the rising generation. In order to … END_OF_DOCUMENT_TOKEN_TO_BE_REPLACED