They decorate their houses with walnut branches, pray to the fairies for the protection of their fields and cattle, which they believe descend on the mountains; distribute goat milk in the entire village and groove on the rhythm of drum beats performing a dance called “Cha”, clad in their traditional colorful attire

May – This month marks my two year anniversary of bittersweet relationship with the exotic land of Kalash Valley. Bittersweet because, I fell in love here, not once but in every passing moment of my time and parting with that has left me in an inexplicable yearning of those carefree days in a fairytale and complete detachment from the outside world. So much so, that I was unable to draft anything until now.

Farther than farthest, miles away, just when you start to feel you’ve been travelling for days and might have crossed the border by mistake, Chitral appears after a tedious 15 – 17 hour ride from Islamabad, but the end is not here yet, in order to reach to the remotely unique and an ungodly Kalash Valley, there is still a 1.5-2 hour jeep ride and let me tell you, it’s not for the weak hearts at all. Arriving there at night (which we did) is sh*t scary with the fierce River Kunar flowing on one side and the roadway hardly being 10-12 ft wide  (Yikes!)

Since we departed the capital at night, most of the initial journey was lost in darkness, but the morning light brought in views from Timergara, Swat, with a scent of morning freshness and mildew, the bleats and lowing of cattle grazing in open land, lush patches of greenery, women working in  the fields and the gorgeous Panjkora river that flows aside the lower and upper Dir districts.

This scenery accompanies you till the end of your journey and it comes with a price – the price of your soul which will leave its pieces behind and a perpetual void within you, like a part of you has gone missing and that you must go back to fetch it, but let me tell you, if and when you do go back searching for it, you’ll lose another piece and another, and another…

Make a stop at River Touch Restaurant in Upper Dir and enjoy a hot cup of tea by the river and fill your bottles from the fresh water stream flowing down opposite side of the road. Move further ahead to the Lowari Top where permits are checked and that is the last lunch or washroom spot you can find till you reach Chitral.  Lowari Top offers a magnificent view of Tirich Mir mountains and deeply intertwining valleys. Adventure begins with the descent on the dangerous snake like bends (a total of 46) down to the valley of Chitral, from where you further book jeeps / cars to head onto the Valley of Kalash.

After a treacherous but thrilling ride to the base of Kalash Valley, hike up for a kilometer or two to reach the guest houses and campsite by the river. Bonfires are a great way to combat the lowering temperatures at night.

Kalash lies on the flank of the eastern range of Hindu Kush, comprising of three main valleys of Bumburet, Rumbur, and Birir, with a roughly estimated population of 4000 people.

Raw landscapes, perilous routes and isolated communities add to the peculiarity of this valley and one can’t help but be fascinated by foreignness of  of its people and traditions that link back to the Indo Aryan civilization, believed to have been descendants of Alexander the great. They are one of the smallest ethnoreligious communities living in Pakistan whose religious beliefs are similar to ancient Hinduism, that involves animism – a notion that all creatures and places have a living soul and a spiritual essence.

Kalasha people are known to leave the dead in wooden caskets out in the open for the vultures to feed – they rejoice deaths as they believe death is a release of the soul from this sinful world. They carve out wooden statues of the dead from specific trees, which they believe spirits select for them by whistling the name of the dead.

Even the lifestyle and marital structure in a Kalashi tribe are unique.  Women are not usually considered pure and certain foods are also forbidden for women to consume as they are considered pure like goat milk and cheese. Married women are free to leave their husbands for another man, if he is willing to pay a higher price for them.

P. S cleanliness isn’t on their priority list either.

Exactly two years ago, I visited Kalash to witness the most happening event of this region – Chillam Joshi – a four day festival that celebrates Spring and welcomes the arrival of summer with music and rituals. The festival moves across all three valleys of Kalash ultimately ending in Bumburet village, the most civilized of all. They decorate their houses with walnut branches, pray to the fairies for the protection of their fields and cattle, which they believe descend on the mountains; distribute goat milk in the entire village and groove on the rhythm of drum beats performing a dance called “Cha”, clad in their traditional colorful attire and heavily embellished head wear.

Women often come to your guest houses or set up street kiosks to sell handmade jewellery, clothes and caps.  You can purchase the bracelets and beads for Rs. 150 and above while the dresses cost Rs. 3500 and above. The cap costs around Rs. 1000/- 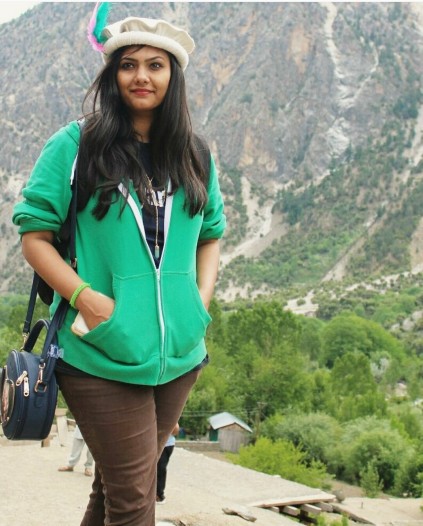 It is highly advised to purchase souvenirs from the locals as it helps boost their livelihood and they benefit from all the tourist influx. Every year, approximately 20,000 tourists attend this festival marking it as an event of solidarity and significance.

Kalash is famous for its abundant growth of apricots, grapes, mulberry, walnuts and wheat – out of which grape and mulberries are used for making local wine called Taara – very popular among locals and tourists.

Other than that their popular cuisine includes different varieties of wood and stone baked breads, called bilili and ja’u filled with walnuts or cheese and other grounded nut meat, usually served with boiled red beans or locally processed cottage cheese called pandir.

We were fortunate to experience an evening snack of walnut bread and red beans at our local guide, Lee’s house  – the food although bland for a Karachiite’s tastebuds was fresh and made with warmth by his mother.

Other than this, the streets have a lot of food vendors –  local and those residing here from nearby areas –  that serve Chapli kebabs and fried fish – although those cautious about Halal food should confirm about the preparation beforehand as the Kalashis don’t follow the traditional way of preparing meat.

We grouped with other travelers on the tour and did some exploring of our own, like visiting the open graveyard; The artistic looking museum with limited info but interesting stone and wood architecture, statue site of the dead, schools, mosque local shops and food street.

Don’t hesitate to de-route a little and explore the uncrowded meadows and riverside. You can take a jeep and head to Rumbur village which is more Kalashi than Bumburet and listen to the folklore, play with the locals and click photos (take permission before clicking photos of their women and children)

HOW TO GET THERE

The most popular, shortest and scenic route is by land via Swat, Upper Dir & Lowari Top that descends to the Valley of Chitral, from where you further book jeeps / cars to head onto the Valley of Kalash, crossing the heavenly land of Ayun. In total, travel time can range between 16-18 hours depending on the delays and stops.

Other possibilities include travel by air to Chitral, which most pilots fear due to unpredictable weather and thin air over Lowari Top, or a much longer route from Jalalabad which enters into hostile Afghan territory.

If you’ve been to Kalash Valley, do share your experience in the comments below or if I have successfully managed to awaken the desire in you to make a visit, then feel free to shoot questions. But do hit that tiny LIKE button in the corner 🙂