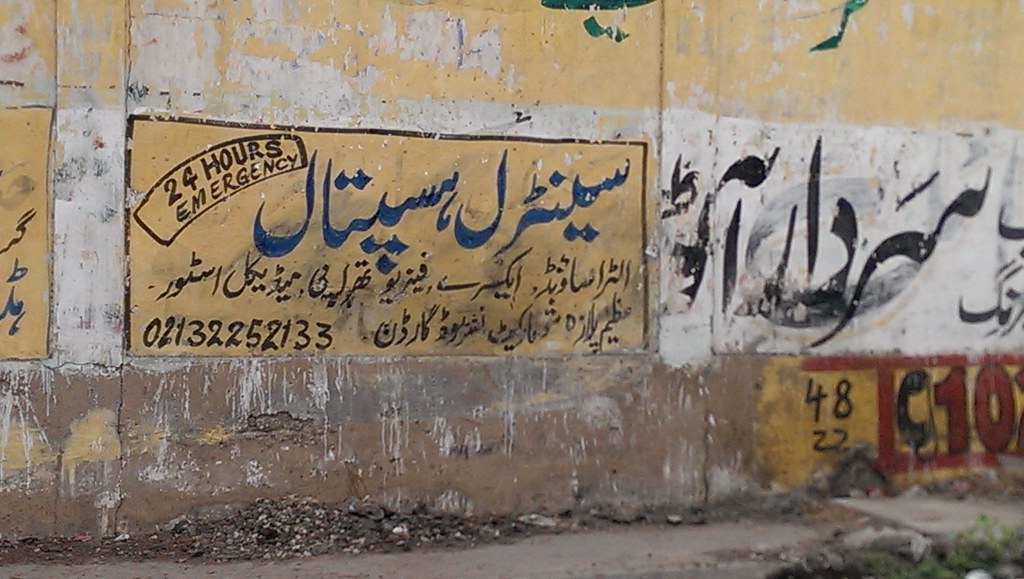 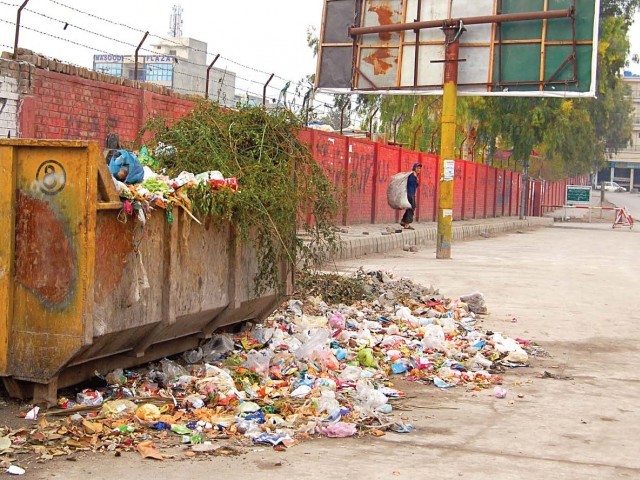 Seeing my beautiful city that was once the capitol and known by multiple fancy names: The City of Lights … Paris of the East, now filled with heaps of garbage, paan spits here and there, barren and unkempt gardens, walls filled with promotional messages from notorious Aalim Babas (black magic wielders) and fake spiritual healers and those super annoying political party slogans. Instead of doing something good for the city and making it progressive and welcoming for people, they just know how to scar and tarnish the beauties.

Home isn’t just the place you sleep and eat 24/7, there would be no home if not for this city or country, it’s high time we restore it to its original state and show some love!

Many private projects have made an effort on their own to better the city’s disheveled appearance, remove and clean garbage piles from places and paint the walls anew.

One such praiseworthy project was carried out by a joint collaboration of EFU Life Insurance and Abdoz Arts, to revamp the look of Karachi walls, from tainted to artfully painted!

‘Meri Shaan Mera Pakistan’ (My Pride My Pakistan) is a CSR initiative by EFU Life in collaboration with Commissioner Karachi Division to reclaim the walls of major public areas of the city through thematic wall art and aims to eradicate wall chalking and negativity on walls.

This project first started off in 2016 and after the successful completion of two wall beautification projects in Karachi, at Ayesha Manzil and NCC Sports Complex, the Company this year, extended this campaign to a third location, the Aga Khan Park, Garden East.

The walls depict cultural significance from all over Pakistan, people, traditions, food spots, natural landscapes, everyday life and popular landmarks! its just so so so beautiful and patriotic, its like a photo walk through the cultural history of Pakistan. I think its a a great way to educate our children about our rich and diverse cultures united under one flag!

This is the kind of colors and positivity we need to see!

This caught a lot of attention and quickly people started tweeting about it on the hash-tag #MeriShaanMeraPakistan. They also run a competition where people could submit their original art entries and see it magnified on the walls and win other prizes.

Let me take you through the pictures..

This ⬇ is one of my favourites. It shows the early morning light and hardships of a fisherman that rise with it, he has to submit himself to the state of the sea to feed his family.

To the hardworking Fishermen!

Women pretty much work the same way as men here!

To all the women who work relentless along side male members or alone, to support their families#MeriShaanMeraPakistan #womenempowerment pic.twitter.com/jYfe6swnMx

(Below) This is the famous Empress market in Karachi, it’s a huge wholesale market and you can get anything and everything from this place. one of the popular landmarks dating back to the British Raj Era.

A typical village life where both males and females make tremendous effort to keep the wheel of house running. I guess this is the photo submisson that won the prize too! 😀

A very famous local food served at almost every nook and corner, it’s a desi burger made with the patty made of lentils topped with egg.

From a foodies perspective, I'd like to see a large section of the walls painted with popular foods of #Pakistan#MeriShaanMeraPakistan pic.twitter.com/fbe9BpLn5H

A typical sight of dessert women from Tharparkar. The colors are just beautiful

Nothing but delicacy. Sabeen Rashid's artwork is so precise and creative! #MeriShaanMeraPakistan pic.twitter.com/4AlFNlL7qv

Caution: u may fall in love with the walls

Art like this on the walls is like taking a visual walk through history. Great storytelling #MeriShaanMeraPakistan #EfuLife pic.twitter.com/EPkc0ZzBCd

The picture below is powerful in the way, if you see the different kinds of “caps/turbans”, they belong to each of the 5 provinces of Pakistan – hence United we stand!

The easily accessible Clifton beach in the city is always crowded with people. It’s probably the first spot people take their guests too, those who arrive from the rural areas or even up north, since the sea is only accessible to Karachi and southern parts of Balochistan. Oh and it’s a sight for them, and ‘they’ are a sight for us 😀

The inauguration of the walls at Agha Khan Park with the CEO of EFU Life Insurance and Commissioner Karachi.

Such initiatives should be taken more often, because nobody would do it for us if we are not going to do it ourselves. So we all should make it a mission to reclaim the beauty of Karachi, the city of lights it once was! 🙂

P. S Stop rolling down your windows and throwing your rubbish out :p