Food is an integral part of all travels. It tells so much about the people, their likes and preferences, their personalities and so much more. It is that crispy crust without which the foundation would be hollow and the necessary topping which completes the final look. So yeah Food is Life!

Recently I had gone to Larkana – The eden of Sindh to cover a 3 day conference on conservation and safekeeping of the World Heritage Site of Mohen Jo Daro. This location is nearly an hour away from Larkana city, hence our stay was kept in the city and we’d commute everyday to the venue to attend the conference.

Since most of my stay was occupied by the conference, I didn’t get much chance to explore the local food and its specialties, but whatever I could get my hands on, I tried that and would love to share my experience.

I couldn’t find the Larkana – famous guavas, since it wasn’t the season I believe, but this place is famous for its ripe, sweet guavas and sugarcane juices, since they have magnanimous sugarcane fields there, the juices are even fresher. For a price of Rs. 50/-  this giant glass of bliss in sultry heat was massively cooling

Our hotel, Burj-al-Marjan was near the Station road and that was our usual route for travelling to and from the conference. Our first instinct was to look for reasonable eateries as we came to this road and found ourselves an outlet of KFC along with other local cafes

Yeah, Uncle Kentucky managed to light up the splendor of this road and gather quite a few customers even around the time of 10:30 pm, although more than half of the city is asleep by this time as people rise early to tend their crops and work around the cattle and house, hence the nightlife of Larkana isn’t happening unless privately arranged  😉

I was hoping my hotel would have some good food to serve since I was starving and really wanted my palate satiated, so we ordered Kashmiri Pulao which was uber delicious as it was cooked in butter and had a very dominating flavor to it, which some people might not prefer, but I being a butter fan, totally enjoyed it from its aroma to burp (excuse me) 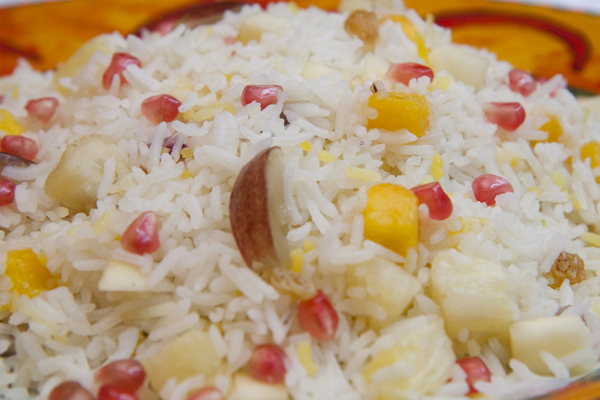 There’s something about feeling constantly hungry during travels, I mean the meal portions reduce a lot greatly but the frequency of munching increases, hence proven, eating enhances your travels. So yeah, with the facility of food being provided in the rooms 24 hours, I utilized the option a number of times and ordered myself their Special Hot n Sour soup one night and then their Chicken Club Sandwiches the other. Gladly their serving size was generous, and I would end up stuffing myself for I didn’t want to waste the food at any cost. That’s something I just can’t see happening, either I give it away to someone in need of it or if I can’t find one then either I save it for later or otherwise stuff myself eventually (there goes my eating-less plan down the drain) but yeah I end up doing something good i.e not waste food and that makes me happy 🙂 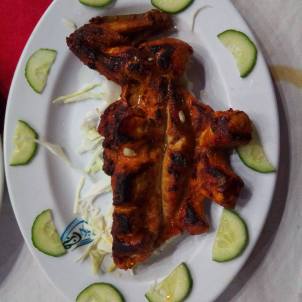 One evening we decided to tour the streets by ourselves and commuted via the traditional six-seater rickshaws along the Station and VIP road finally leading to KFC, probably the only international food chain in Larkana. The staff realized we weren’t from their city and put up their best behaviors to serve us our orders and were quite chatty. I ordered Chicken Fillet with Rice, which I hadn’t had before because I haven’t gone to KFC back in Karachi since years and I have lost my charm for it to be honest. However,  I wanted to try it here so  l could gauge if the quality was any different. 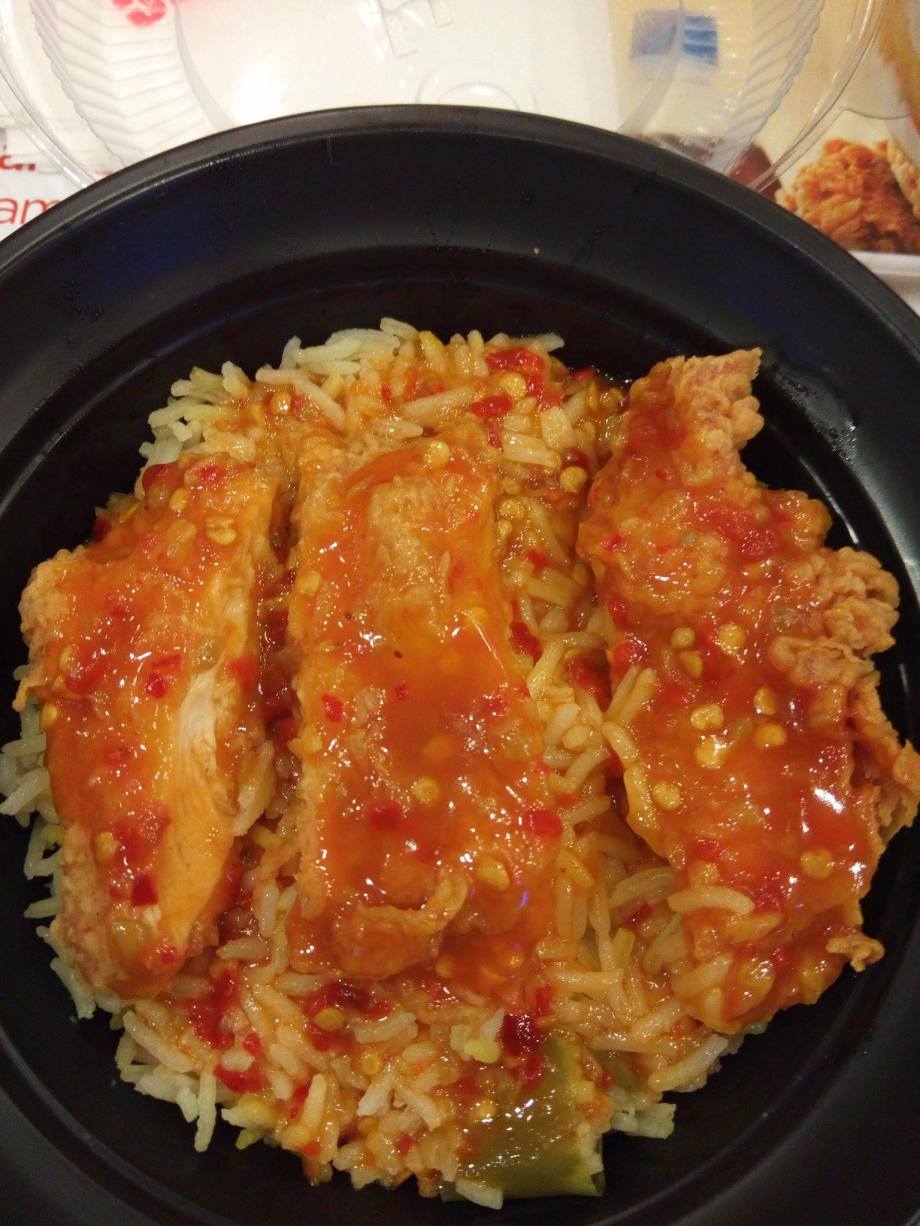 Morning breakfasts were usually served with very oily fried eggs so after having it once I decided to look for other desi options like Mince beef or chicken gravy served with crispy paratha  *nom nom* Their chef would prepare everything fresh with the order so though it took a bit longer to serve but the wait would be worth it.

The conferences would be tediously long and boring and once done from the tour and photography of Museum and Heritage site of Mohen Jo Daro, one would simply wait for the lunch hour to begin which would have delicious fried fish, White Karahi, Chicken Gravy, Rice, Beh (lotus stems) and Gajar Ka Halwa. Fish is indigenous to Sindh and the interior cities are famous for serving delectable fried fish since it’s mostly a river catch and sweeter.  Lotus stems was new to me, I had never had this dish before and this was one of their cultural specialties. I am not a vegetarian ands hence I didn’t try it willfully but only because our host insisted, I gave it a try and fell in love with it. The stems were boiled to softness and cooked in tangy masala with capsicum, it went well both with rice and roti. The pictures I took don’t do justice to it hence I’ll share a Google image instead for your reference.

Our host mentioned a lot of other things that we should try surely but due to lack of time and availability, we had to skip that thought and keep these cravings live for some other times. As a souvenir from Larkana, other than shopping for their traditional clothes and handicraft, I stopped by one of their famous bakeries, The Larkana Bakery and purchased these delectable crunchy sweets made of brown sugar and nuts and caramelized sugar. Although there were many cakes and variety available but I refrained from buying a lot since everything is easily available in Karachi, even their ever famous fruit and coffee cakes from Bombay Bakery.

Those sweets were delectable and my family loved it, now I wish I had bought more than just a few packets but it’s all good, one should keep the crave heightened for more visits to come.

Well this was a short roundup of my 3 day visit to the interior city, which was pretty less from the perspective of trying out new foods and feasting myself wholly, but whatever I had there, was none less than satisfying.

Have you ever visited Larkana? What foods have you tried there and what do you recommend for me to try next time? Drop in your comments and let me know 😀

3 thoughts on “Of Places and Food – Larkana”