With French cuisine, comes in mind all the cheese and butter and all that yummy stuff plus a formal dining environment with fancy dishes to eat! We dont have many restaurants offering aurhentic international cuisines here but what a lavish dining experience last night at Asia live!

– Avari towers is currently celebrating the #FrenchFoodFestival till the 31st of this month that went on for two weeks. They plan to have different national days themed food festivals every month to promote variety of food cuisines. Like this month it was France’s national day on the 14th celebrating the Bastille day, hence that’s when the food festival began. Similarly each month they would have a different themed festival. You can easily guess which one would be next 😉

We had the pleasure to dine with their executive chef and French F&B Manager who personally recommended recipes that are a speciality to south of France (where he belonged). As we all know, the French like to eat their food with a lots of patience and rounds. It just keeps coming in! Starting with appetizers and various cheese types,  then soups  (followed by ice cream and wine to clear up the stomachs – back in France) then main course, desserts and hot beverage mainly coffee.

Our dinner was lavish and wholesome and very entertaining indeed.

This was a delight, both light and tasty 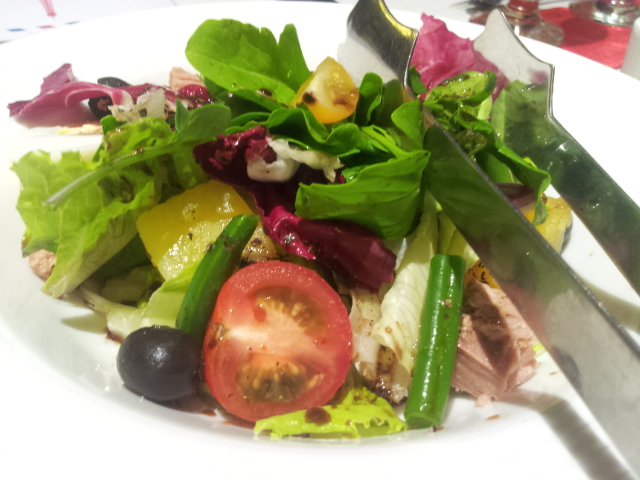 SAUTEED ESCARGOT WITH MUSHROOMS AND TOASTED RYE BREAD
escargot are snails , yes you got that right. .. snails lightly sauteed in bortelli olive oil served with mushrooms in a tangy tomato sauce on a toasted bread

Well, I didn’t really try this since the thought of eating rather sucking on a slimy snail real grossed me out, whereas the rest of those who had it said it was worth a try.

LIVER PATE / RASPBERRY COULIS
It’s minice liver with a distinct bittery flavour at the end served with a unique combo of raspberry coulis or syrup. Fruit and meat together on a toast 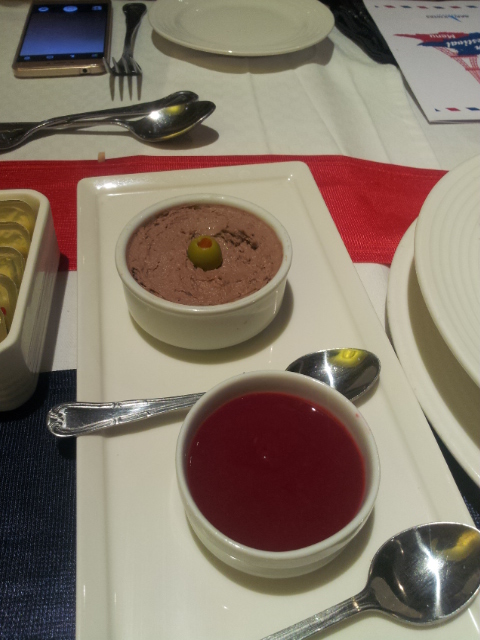 PRAWN & LOBSTER BISQUE
simply amazing! That lobster aroma was spread over, thick creamy and an absolute heaven for sea food lovers. This is a special must have soup of french cuisine 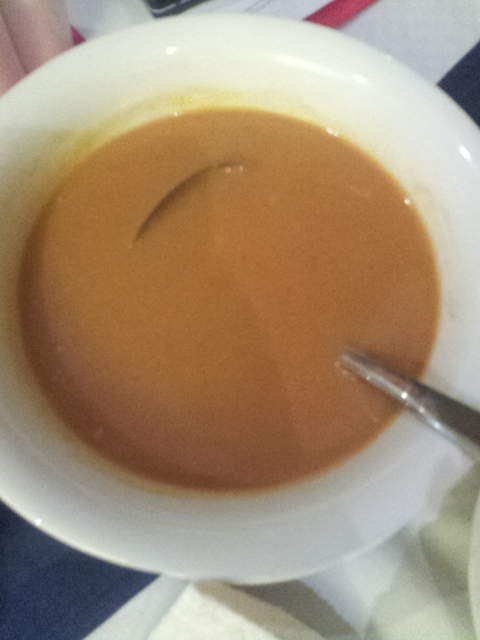 VICHYSSOISE
Made from leeks and potatoes,this soup was delicious too, light on the tongue but felt heavy afterwards due to the potato quantity 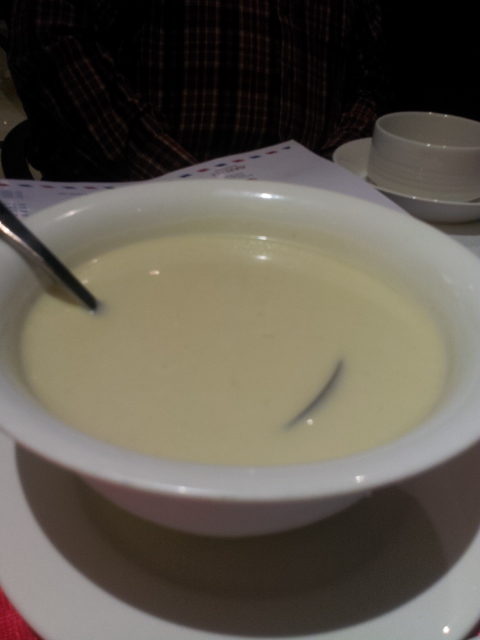 ROASTED DUCK BREAST WITH HONEY
star dish in the main course range.  This was my first ever duck trial and man I was impressed by it. Juicy succulent fat around the tender meat was #SimplyYum very originally served not destroyed with over spices or anything with Honey sauce

BEEF SIRLOIN
Well cooked, juicy meat loaf served with mustard sauce. I put some extra butter as well both on this and duck breasts for that thick after flavour

CHOCOLATE FONDANT
in local terms we would call it, lava cake, which was a star in desserts with its rich authentic chocolate lava dripping out instead of the Hershey syrup most restauranteurs use here

APPLE TATIN
made upside down, crisp tart, where the apples are caramelized in butter and sugar. This was a but too bitter for me but again it’s a speciality dessert for the French 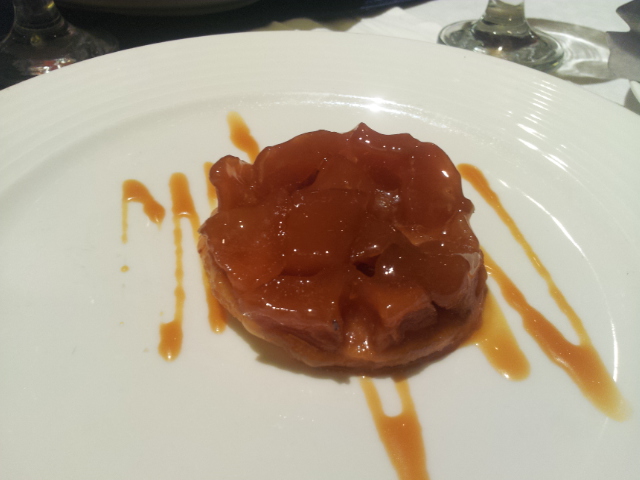 Overall experience was lavish, very appetizing and highly innovative. we got to learn so much from the executive chef about the food types and their meat procurement which is mainly done from new Zealand and France