Shaheen airline, the second largest national carrier recently decided to stretch and step out of their current zone and introduce new destinations by #ExpandingWings to Kuala Lumpur, Bangkok & Manchester! Since these are new international destinations, they have the new, improved aircrafts , the A330-200 ready to support the expansion strategy.

#ExpandingWings is a whole idea that also incorporates Shaheen Air’s efforts to help the community in all relevant and possible ways; recent free air tickets and VIP services to APS survivors to attend PSL in UAE and Community aid activity in Thar, Sindh along with their launch of flights to new locations. Their new crafts will further be aligned with more services and conveniences for the customer, such as in flight entertainment and loyalty card services. I believe the new flights will be operational from mid April onwards

Shaheen is #ExpandingWings not just in destination but even in terms of loyalty programs, packages, CSR activities and lot more

In order to propagate the message on social media, Shaheen Air arranged a one of its kind session & gathered a bunch of social media influencers including myself, for a meetup inside their latest air craft for an experience (Wish they had flown us to an actual destination too… next time maybe :p) and gave us a full in flight experience from getting seated to serving warm towels, to warm fresh meals and tea and of course their mid flight instructions.

Cabin crew was very efficient and courteous (hope to see similar performance on an actual flight, which I’m sure will sustain) They have hired a fresh set of crew for these flights, which is young, smart and more diligent in their duties. Seat spacing is good enough, not excellent but yes quite alright; food served was nice, warm and delicious!

Let’s take you through the event virtually

The airline is also introducing in flight entertainment which will be linked to your phones! Woah! That's right use of tech! #ExpandingWings 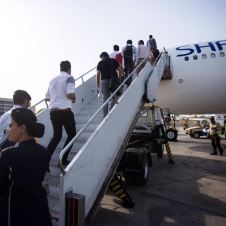 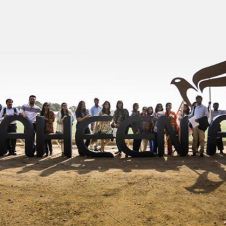 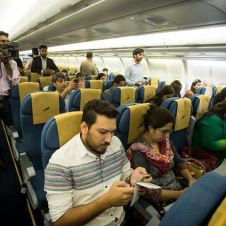 Another latest news is that the airline has wavered off all visa charges for Kuala Lumpur on booking flight via Shaheen Air for a limited time. (I am certainly not letting go of this offer) plus their rates are reasonable hence I’d love to experience their flight personally.