What a magnificent come back from these guys last night at PACC! Yes last night Nuts & Bolts made a live performace at their first ever video launch titled “Nuttan Boltan” since it has been shot in a rural setup and talks of a love story picking up in village environment.

NAB is an almost 10 year old music band that sprouted as an underground band from a local university and gained immense popularity because of their unique vocal abilities and smashing attitude. Having won a number of Battle of The Bands titles and performing along side bands like Aaroh, Ali Azmat, Call, MHB etc they have been favorites of many people who are genuine lovers of Pakistani music and follow such bands religiously.

Though I was in the same institution as them and have seen them rise in front of me, I was never much of an avid listener to any of the underground bands of that time and hence I overlooked most of their performances too (Too bad) but recently when I came across their cover of  “Halka Halka Suroor” … I became a fan, totally!
Plus I even had the chance to hear them sing the song at another gathering where my family was present and they too loved it thoroughly!

Last night was a smack attack by these guys … clad in jackets in this hot weather and neon bands, they managed to pull off the whole show with flawless style and continuity.

Every beat was crisp, clear and uff the treble and bass were excellent.. The auditorium was filled with old college batch mates, friends and media (ARY Muzik & Samaa TV). Show lasted about an hour and a half . Their new line up that was formed about a year and a half ago is really kicking in some good stuff

Here are a few short clippings of their performance..

And here is us with the gang! 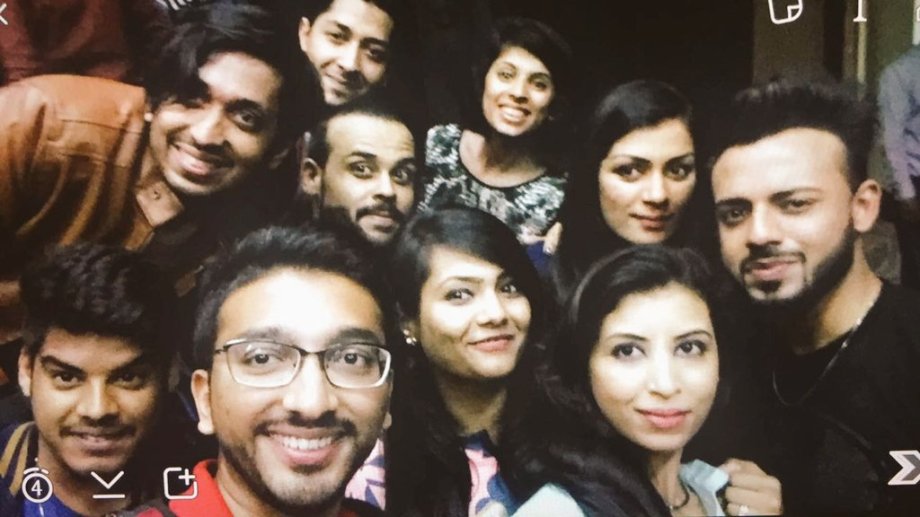 Keep great music flowing in! All the best 👍