Ever had the chance to walk among a million graves? Creepy much right …
Silenced for more than a thousand years or more, these graves belonged to the earliest of rulers from Samma dynasty to Arghun to Tarkhan and then some from the Mughal dynasty… I’m talking of a place none other than Makli Graveyard, the largest necropolis around the world located in Thatta, interior Sindh spread over an area of 12 km,  roughly 2 to 2.5 hours outside of Karachi.
March 12, a team gathered with the combined efforts of Starlinks PR and Heritage Foundation departed to visit this spiritual sanctuary which is treated with a high regard by those looking for divine awakening. Heritage Foundation is an organization that helps preserve national heritage in its original form and also facilitates under privileged areas in becoming socially aware by enabling them to live their lives in a basic acceptable manner.

We had a meeting with the villagers there (story to be covered separately) after which we had scrumptious lunch at the government rest house, which comprised of fresh fish and rice, from there on we headed to the tombs and their glory

The place is a mystic beauty with large sepuclhers, wrecked tombs, architectural carvings, awe inspired by the Arabic inscriptions and Hindu patterns. The gigantic tombs speak of its rulers grandeur, who wanted their deaths to be remembered in glory and so their graves.
As you start your journey from the bottom of the graveyard, you will see large mosque like tombs with white domes and blue mosaic on the walls. the blue mosaic gives a soothing feel to the brown stoned edifices in the scorching heat.

Initially we had decided to take the tour by foot. A walk amongst these sends you back in history wondering what their lives might be like. The size of the graves can tell you what physical structure the people of those times must have carried. Although most of the graves have shattered and cannot be identified, the total number of identified graves is just 75. Heritage Foundation has helped number these graves for identification and order.
A little after 15 minutes of walking, the sun became unbearable because of the Sandy landscape and we thought it better to move ahead in our coasters to avoid heat strokes.

We were travelling up to the highest point of Makli where Jam Tamachi & Jam Nizamuddin  (Jam Nindo) have their pavilions and tomb along with so many other personalities. Each grave speaks it’s own story, if you really have the heart of an archeologist and a traveller, you even get to feel different feelings around different structures. Every intricate detailing on the design has so much effort invested by the craftsmen who worked on them in those times. It was simply mind blowing.

I am fond of taking lone walks around such places which have such a deep aura and so much to tell the visitors. one cannot help but admire the neatness with which they are built. The tomb of Jam Nizamuddin had beautiful Arabic verses sculpted into the walls outside, which had a square structure on the outer front and was circular on the inside. You can clearly see the eclectic mix of designs, partly Muslim derived and partly Hindu. 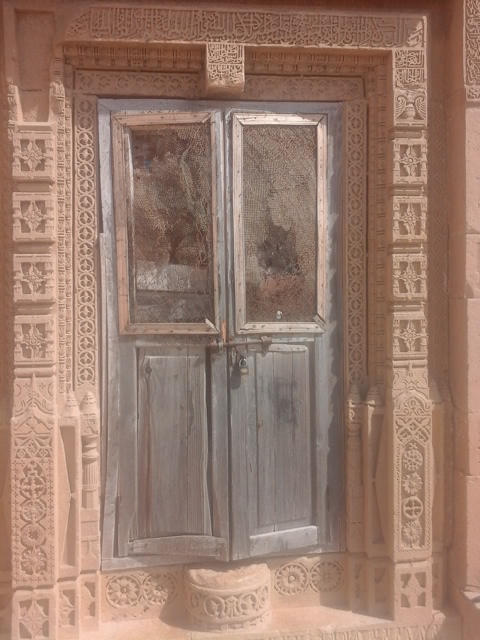 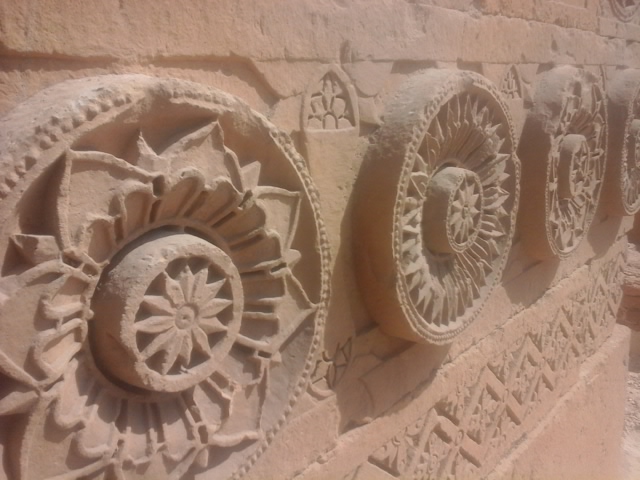 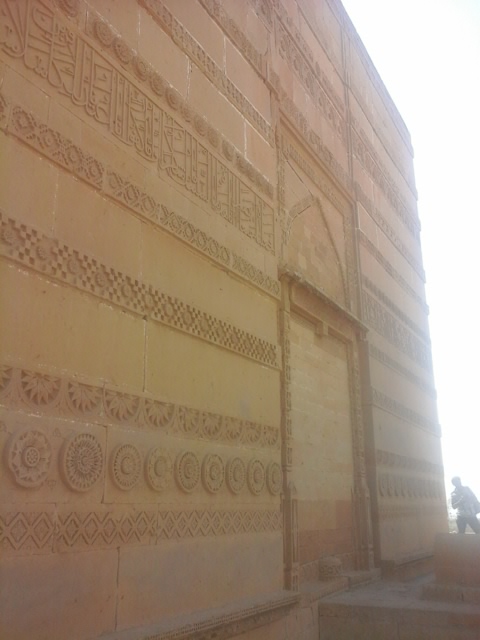 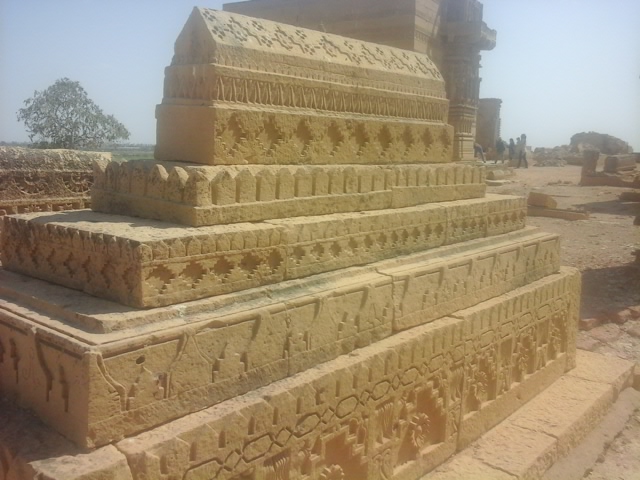 There was this old, shattered Jamia Mosque standing amidst it’s own ruins, with tall arched and arcuate construction. It must have been a beauty in its time. The ceilings were obviously kept high for ventilation, however there were little or no windows 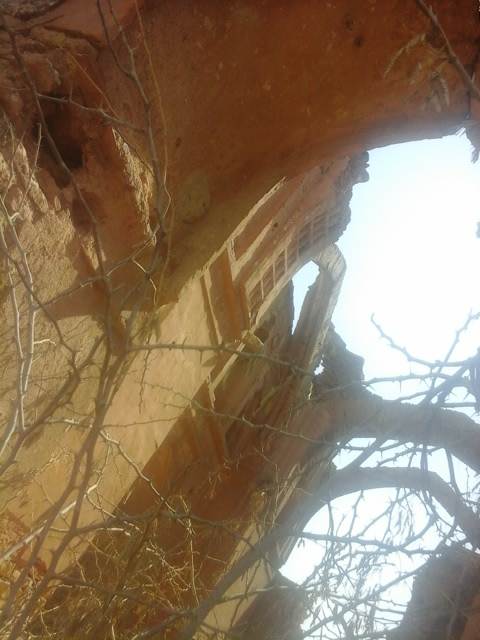 A bunch of tv channels who went with us, were busy capturing the details of the historic magnificence amd reporting the condition live.

The enclosure of Mian Mubarak Khan was also another eerie beauty. It’s graves had gone black from the top (reasons unknown), I’m  guessing due to weather conditions, although locals call this place a mystery unresolved with strange occurrings at random. 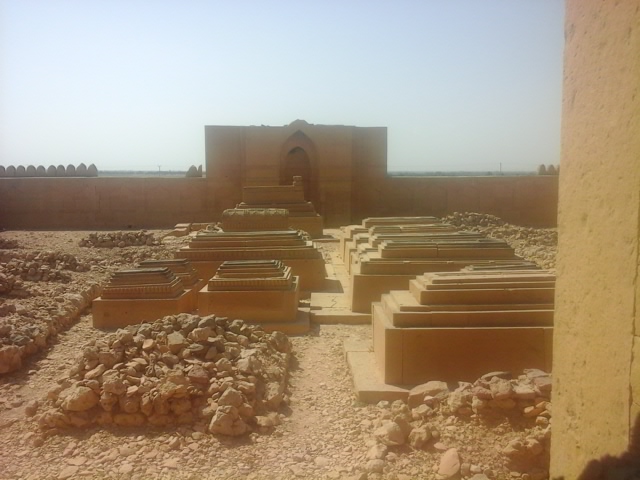 We couldn’t stop to inspect all the identified graves but we did stop at the very large and monumental tomb of Mirza Esa Khan Tarkhan. It’s spacious entrances and arched designs were a bliss for the photographers present there who just went on clicking it’s beauty and couldn’t stop. The graves inside dated circa 1098 A.D 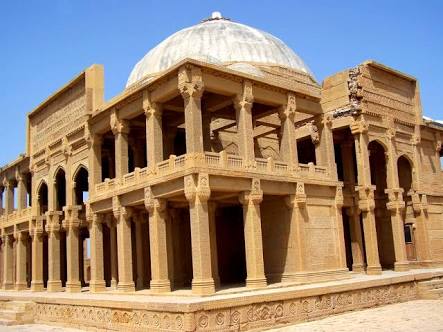 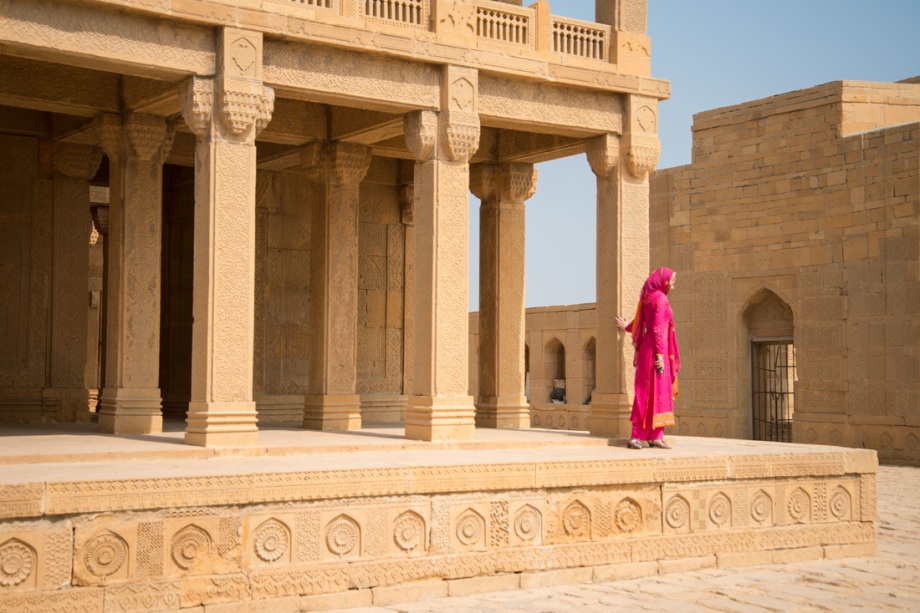 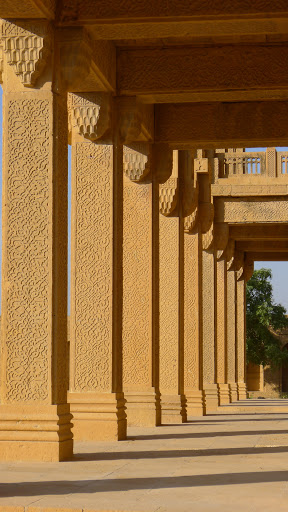 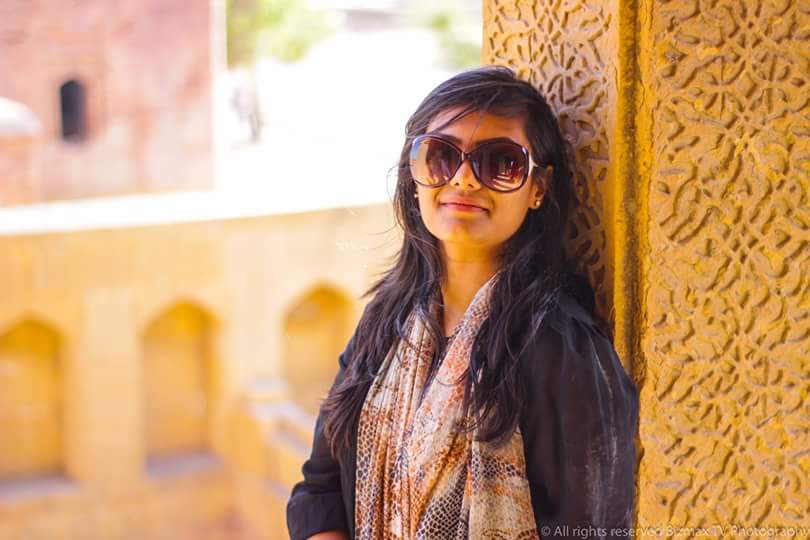 The stairs case to the first floor was thin and full of mosquitoes, guess no one really goes up there often, but we did and I’m glad we’d did because from up there you could see the tomb of Dewan Shurfa Khan & Tughral Beg very clearly in an aerial view and all in all it was a heaven for our cameras.

Lastly We made our stop at the shrine of the most revered persona, Abdullah Shah Ishabi  (Haji Tillan) and recited Surah e Fatiha. Went around the shrine where hoards of people came to make prayer, recite Quran, seek their vows, make dua for fulfillment of their desires… there were shops that sold sheets printed with holy names, artefacts, jewellery specific of shrines and other items. 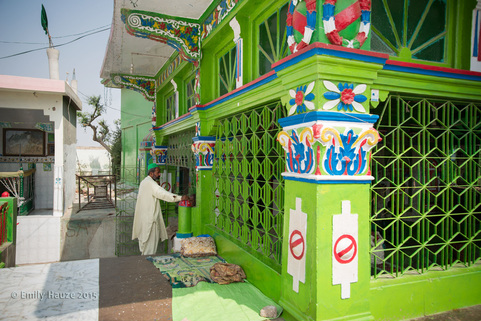 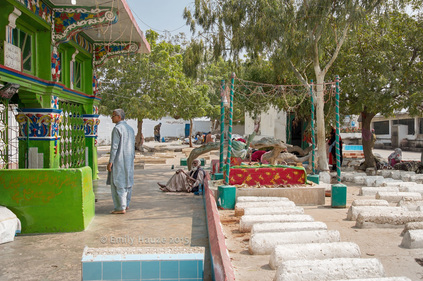 The things you will largely notice are the frequent beggars who keep lurking about you till you give them something and the snake & mongoose Tamasha walas who sit to entertain the onlookers with this short trained deadly fight between the two animals.

The story of the beggars also known as ‘Mendicant’ will be covered in detail in another blog soon.

The journey was full of learning and insight about our history which most of us are unaware of. Such trips help connect you with it and shows you what life around such heritage is like. A huge thanks to Starlinks PR and Heritage Foundation to have us experience this beautiful place which is sought after by many tourists travelling from foreign countries yet we are so unaware of these places, even though we live so close.