Of course everyone is always hungry for pizza. I am
And my weekend started just the right way it should have been, with loads of pizza 😀
Cousins were over and what’s better than enjoying a late night horror movie while munching down on pizza and that’s exactly what we did.
Day 1, my cousins ordered this huge 20″ pizza from Broadway (dial 111339339) , which was seriously huge and just a slice of it was enough to fill your tummies, since I ordered Mama Mia Classic with cheddar stuffed crust, it had these huge pepperoni slices (yummmm) and lots of fresh crisp topping (fully loaded)

Day 2, we were again facing the dilemma of what to order plus we were short on cash as well so our budget was limited to maximum 1500. Naturally, we preferred looking in the “deals” section on Foodpanda (one of the top online food ordering portals) and there!..
We saw this amazing deal of two 13″ pizzas with four sauces for 1399/- we already had the drinks in the fridge and all we needed was pizza! And here it was right in our budget and served our pockets light and tummy heavy. But too bad this deal is only available till Sunday, 31st Jan, guess it’s for those people falling short on a cash at month end, koz presumably everyone gets paid on the 1st (I don’t..pfft)

Anyhow the pizza arrived hot and heavy, this time,  we ordered the thin crust one and to be honest, I found that a lot better in taste and crunchiness, even though stuffed crust is their speciality. Since this deal gave us two pizzas I ordered, Dancing Fajita & Tikka  (DF was best)

The + points pf Broadway are:

– I love their spicy buffalo sauce, so much that I was licking off the sauce even after finishing the pizza

– The spicy wings that we got a day earlier were finger licking good!
– thin crust pizza has a crusty edge which is not heavy at all
And all this tastes even better when you have such an amazing deal 🙂 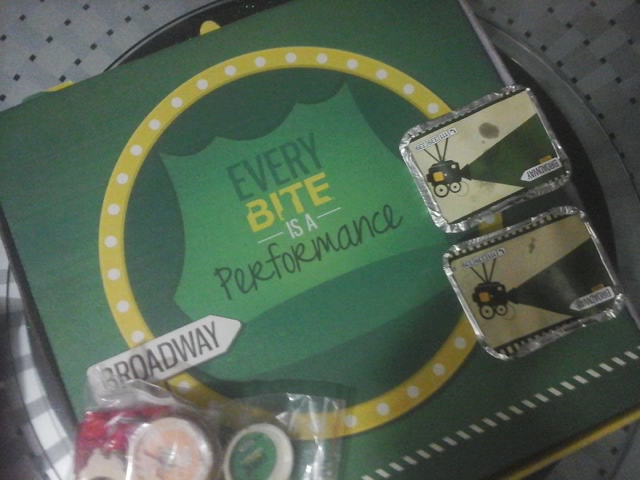 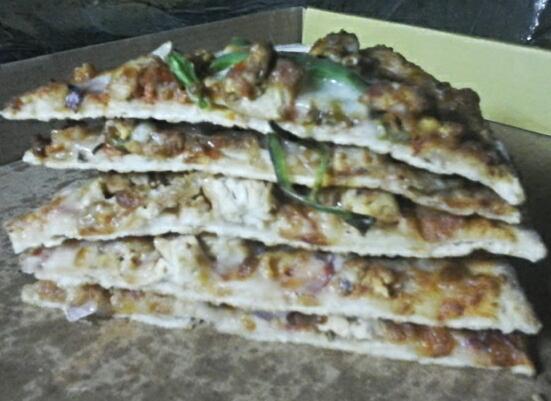